Danielle Steer scored the only goal in the 80th minute and the UBC Thunderbirds won the national championship with a 1-0 victory over the Calgary Dinos on Sunday evening at Centennial Stadium. 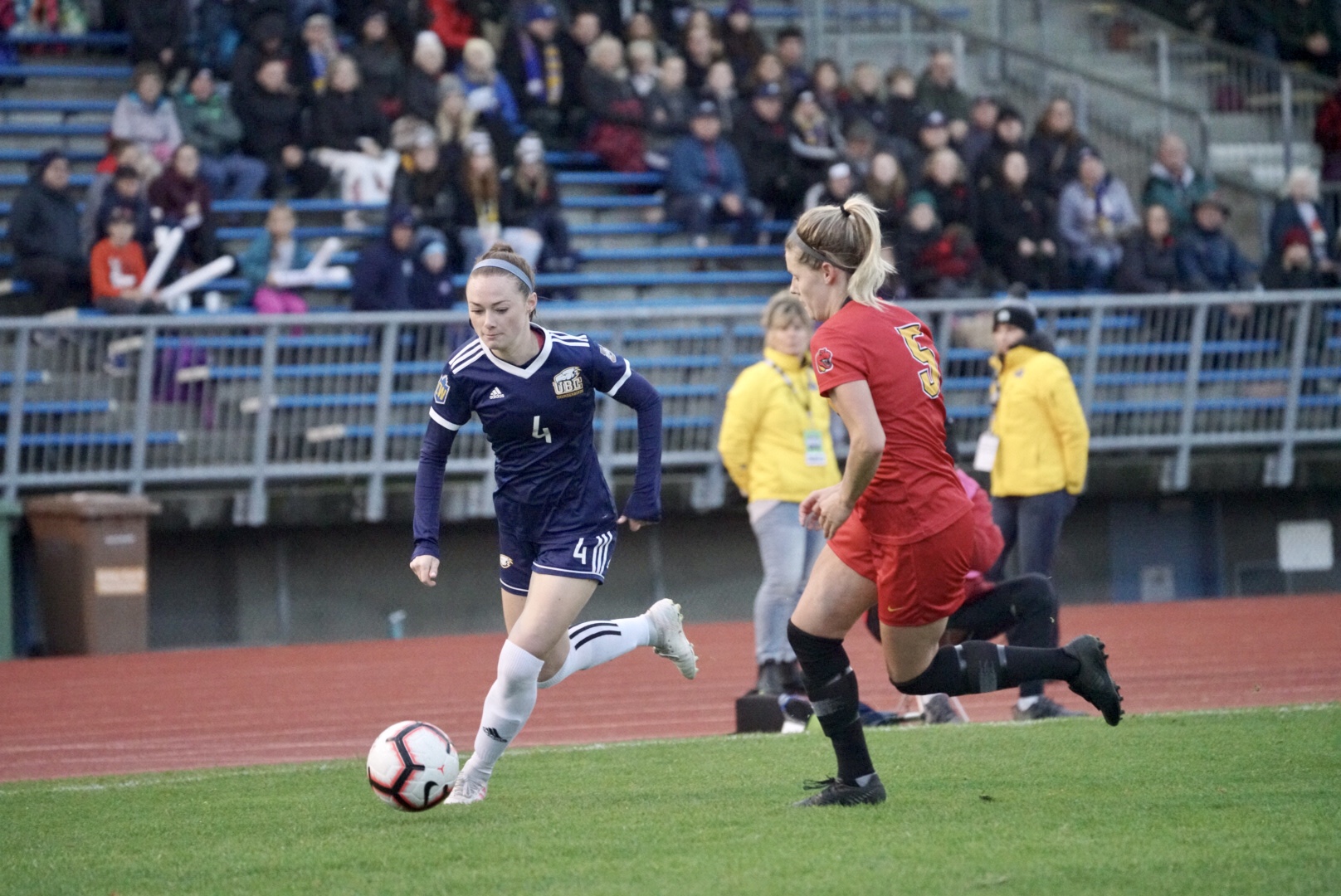 Off a cross from Natasha Klasios, Steer went up for a header in the goal crease and collided midair with a Dinos defender, inadvertently bumping Dino keeper Lauren Houghton. The contact pushed Houghton far enough into the net that she couldn’t recover to stop the ball from bouncing up and over the line.

The championship was a rematch of the Canada West final, which the Dinos won 1-0. They also played to a scoreless draw earlier in the season.

Playing in front of a Thunderbird-heavy crowd, the T-birds nearly grabbed an early lead when Alyssa Hunt cracked one on net from inside the 18-yard box. The Thunderbirds also earned a corner on the play, but couldn’t convert. 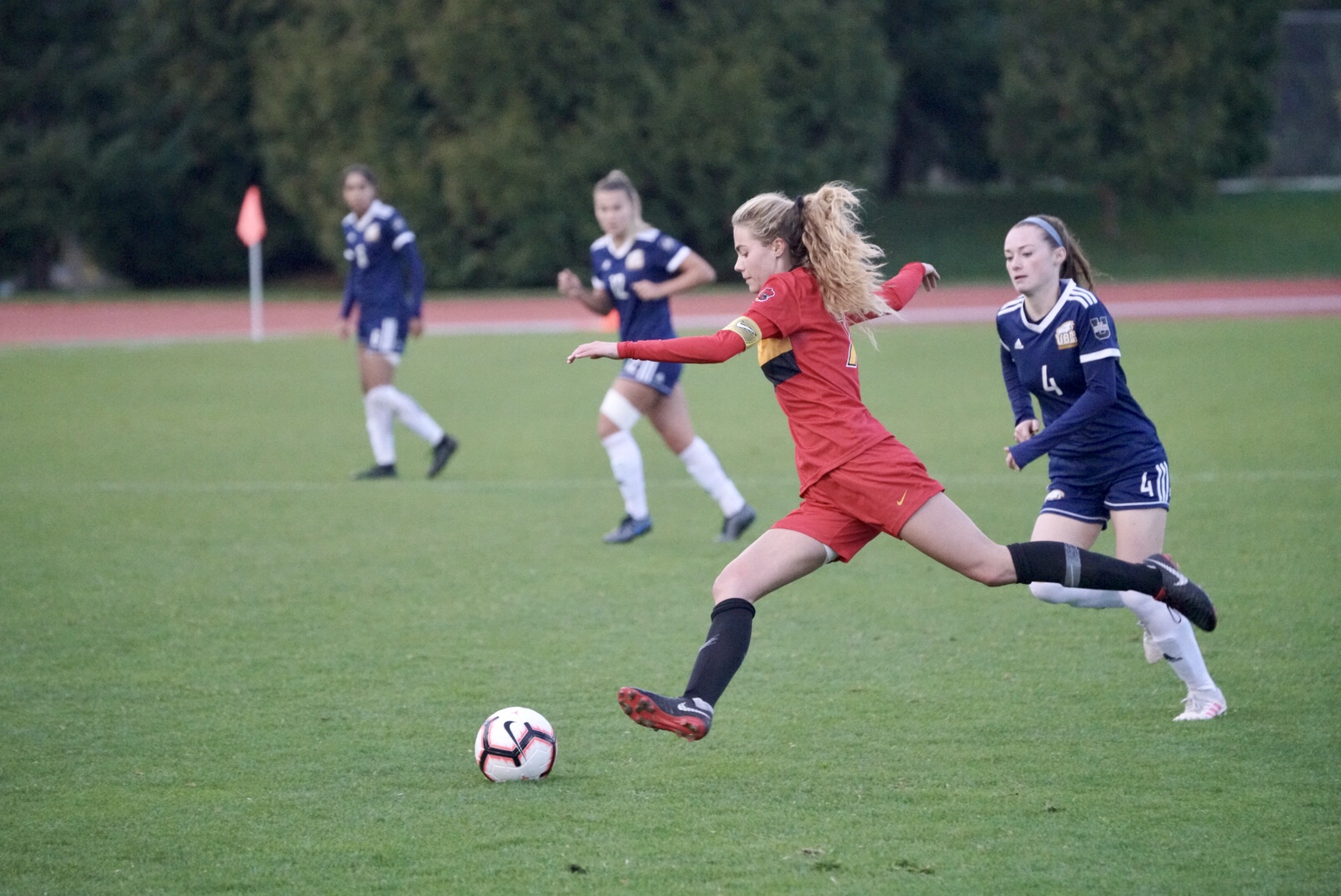 The Dinos had issues solving the Thunderbirds midfield in the first half. The Canada West champions’ best opportunity came on a centering cross from Kelsie MacDonald in the 27th minute. MacDonald was searching for a touch by Taylor Wells near the back post, but Emily Moore sprung into action to intercept the feed.

Amelia Crawford was hunting for her first of the tournament for the Thunderbirds just before halftime, but Wells sacrificed the body and jumped in front of the strike.

The Thunderbirds opened the second half with a glorious chance by Katalin Tolnai in front, but her attempt pinballed off Elizabeth Birarda and Crawford and out of harm’s way.

The game remained deadlocked until late when Steer found the back of the net for the championship-clinching goal.

In stoppage time, Montana Leonard crossed one into the box for Wells, who smacked it with her left foot, but she couldn’t get it past Emily Moore. 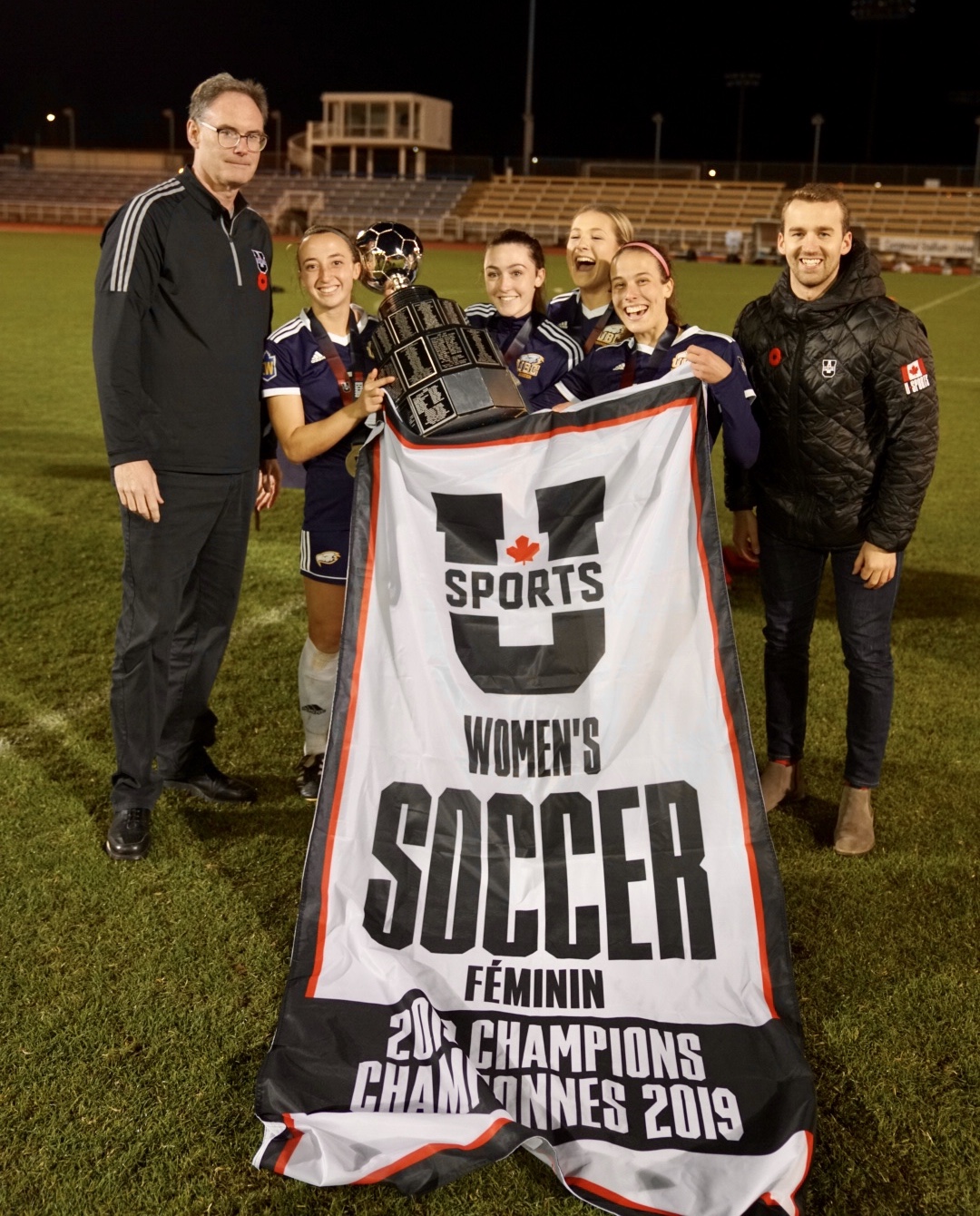 “We’ve gone back-and-forth with them all season,” said Calgary’s Player of the Match Taylor Dangerfield. “That’s just the way the ball bounced tonight. We battled as hard as we could, but it wasn’t the result we wanted. I’m still happy with our performance this weekend.”