The latest group of pitchers signed for the Victoria HarbourCats for the 2020 season, the team’s eighth campaign in the West Coast League, includes two names well-known to the team’s loyal fans.

Right-handers Adam McKillican (2017) and Dakota Hawkins (2019) both recently won the team’s pitcher-of-the-year award, and will return to sport the double-blue uniforms at Wilson’s Group Stadium at Royal Athletic Park this coming summer.

Also announced today are Cole Dale of UC-San Diego, and Kenton Carruthers of Chico State — also right-handers. Dale is a freshman from Los Angeles, measuring 6-2/195 while Carruthers is a junior at 6-1/190, hailing from Newbury Park, CA. 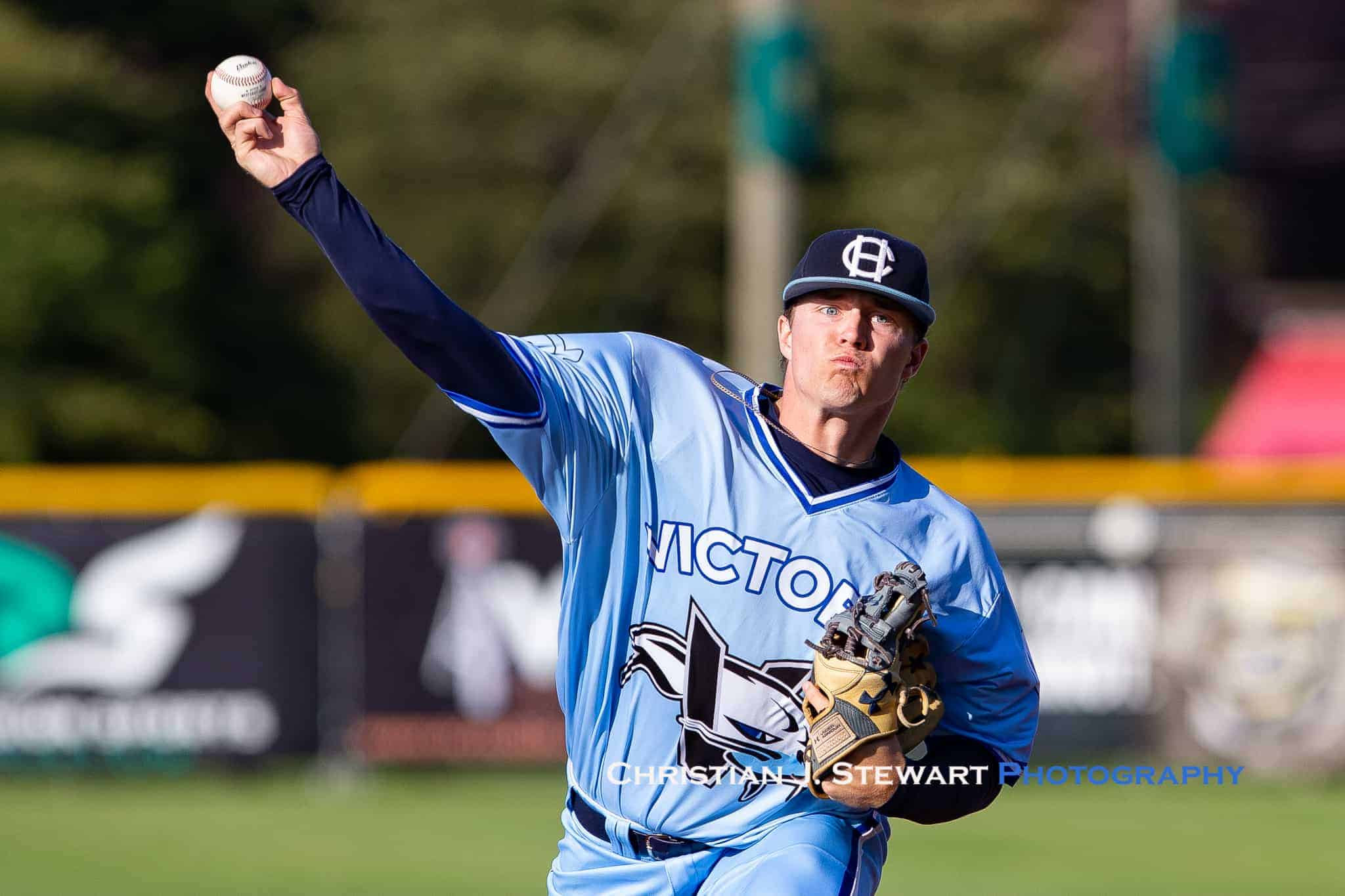 2019 Pitcher of the Year Dakota Hawkins is slated to return to the HarbourCats in 2020 (Photo by Christian J. Stewart)

“Getting Adam and Dakota back is a big move for our staff, and they are excited to work with our new pitching coach, Mark Petkovsek, who spent nine seasons in the Major Leagues,” said Jim Swanson, GM of the HarbourCats. “Both fit our program very well, and will bring experience and leadership — they both work extremely hard. Adam has been out with an injury and spending his summer with us will be a perfect way to return to full workload. Hawkins was a workhorse for us in 2019, helped us get to the playoffs and nearly win the whole thing.”

McKillican is from Courtenay, yet another Island player to thrive with the HarbourCats. In 2017, under pitching coach Mike Spears, he pitched in 13 games, starting eight, and went 5-3 with one save and a 4.03 ERA, taking a regular turn all summer.

Dale went to Notre Dame high school and was a top recruit for UCSD, and played in the 2017 Perfect Game Underclass All-American tournament, then was a 2019 pre-season All-American. Carruthers threw 31 innings for Chico last spring, with 23 strikeouts.