Caitlin Nash slid short of her bid to become the third Canadian luge athlete ever to slide onto the Youth Olympic Games podium after an impressive fourth-place battle in the women’s singles event in St. Mortiz, Switzerland.

The 16-year-old Nash clocked a two-run time of 1:50.588 on the 1,155-metre stunning piece of natural ice that winds its way to the finish in the town of Celerina.

“Obviously a medal is always the goal, but I thought that I raced well today, and I am happy with my result,” said the Whistler high schooler who has benefited tremendously from the legacy venue left behind from the 2010 Olympic Winter Games in her hometown.

Nash was in fifth place after her first blast down the only naturally refrigerated sliding sport track in the world. The determined Canuck climbed one more spot up the standings with the fourth-fastest second run down time, but a podium was not in her cards.

“I do wish that I could have been closer to third place today, but I have to be happy with my result,” added Nash. “St. Moritz is very different from any other track that I’ve slid on. The ice is so smooth, and it feels like you’re floating. It’s a very fast track, which I really like, because it reminds me of Whistler.”

Germany slid to the top-two spots on the women’s singles podium. Merle Fraebel was first at 1:49.687. Jessica Degenhardt slid to the silver medal at 1:49.895. Russia’s Diana Loginova edged out Nash for the final spot on the podium with a two-run time of 1:49.966.

Calgary’s 16-year-old, Kailey Allan, was the only other Canadian in the women’s singles field. Allan, who won her first Youth World Cup race last month, was seventh at 1:50.915.

The 2020 Youth Olympic Games brings together more than 1,880 athletes, ages 15 to 18 from 70 nations, who will compete in more than 80 events. Canada’s luge program won a gold and bronze medal at the 2016 Youth Olympic Games. Olympians, Brooke Apshkrum (Calgary) won women’s gold, while Reid Watts (Whistler, B.C.) won the bronze in men’s singles.

Nash will be back on the ice on Saturday with teammate, Natalie Corless, for the debut of women’s doubles racing at the Youth Olympic Games. Earlier this year, Nash and Corless grabbed the international spotlight while making history on home ice as the first women ever in the 62-year history of the Viessmann Luge World Cup to compete with the men in doubles racing.

In an effort to provide more competitive race opportunities for women, the International Luge Federation has been introducing women’s doubles racing on the youth circuit. Corless and Nash have been excelling in the new format. They were the Youth A Overall World Cup winners in doubles racing last year. 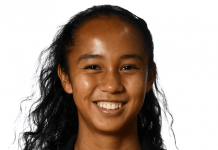