The Western Hockey League announced today that Brandon Wheat Kings goaltender Jiri Patera has been named the WHL Eli Wilson Goaltending Goaltender of the Week for the week ending January 19, 2020.

Earning the award for the second time this season, Patera posted a 2-0-0-0 record in 120 minutes of action, maintaining a 0.50 goals-against average, stopping 51 of 52 shots for a 0.981 save percentage, and earning his fourth shutout of the season. The pair of wins were part of another perfect week for the Wheat Kings, who have now won nine-straight games and are challenging for the top spot in the WHL’s East Division.

Two nights later, Patera and the Wheat Kings repelled the Calgary Hitmen with a 3-1 victory that featured a 30-save performance. Patera turned aside all 16 shots through the first 40 minutes, then stopped 14 of 15 in the final frame to keep the Wheat Kings in front throughout the contest. He was named the first star of the game.

A 6-foot-2, 205-pound product of Praha, Czech Republic, Patera has been a key part of the Wheat Kings’ success this season, posting a 15-7-0-2 record, 2.38 GAA, 0.927 SV%, and four shutouts. He ranks fourth in the WHL for save percentage and is tied for second in shutouts among WHL goaltenders.

WHEAT KINGS AND REBELS COMPLETE ONE FOR ONE DEAL 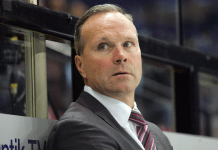