Hosted by the CAC in partnership with Petro-Canada, a Suncor business, the annual gala honours coaches who exemplify the values and competencies of the National Coaching Certification Program (NCCP) and their positive impact within the sport sector in Canada. It is held during the Petro-Canada Sport Leadership sportif conference, Canada’s annual conference for coaches, researchers, sport executives, and administrators.

In a remarkable coaching career spanning more than 40 years, Sensei Denis Beaudoin has demonstrated a lifetime dedication to sport, coaching, and coach development. Since opening the Beaudoin Karaté Gatineau dojo in 1978, Beaudoin has been a role model and inspiration for Gatineau youth, leading many athletes to success on the provincial, national, and international levels. Over his tenure, Beaudoin has trained and mentored more than 30 NCCP coaches at his dojo, and in 1994 he founded the Karate Sport-Study Program at the École Polyvalente Nicolas-Gatineau to grow the community of karate instructors and athletes in Gatineau. Beaudoin’s dedication and success stems from his philosophy that karate is not just a sport, it is a school of life for each athlete as an individual human being.

Veteran NCCP Master Coach Developer, Kylo Harris is recognized as a dedicated ambassador for the NCCP who inspires lifelong learning and continued self-improvement in the coaches and NCCP Coach Developers he trains in Manitoba, Ontario, Nunavut, Yukon, and the North West Territories. A passionate advocate for youth participation in sports, Harris has created community programs which promote and cultivate accessibility of sport, gender equity, volunteerism, and youth leadership development. He works passionately to provide accessible education and learning opportunities for coaches so they can create positive sport experiences for their athletes.

Other award recipients to be honoured at the Gala include Rowing Canada Aviron, recipient of the Sheila Robertson Award for sport organizations that have demonstrated a commitment to coach development in Canada, and 23 coaches who will receive Petro-Canada Coaching Excellence Awards in celebration of athletes and teams that have achieved medals at world championship events.

The CAC is also honoured to support the Aboriginal Sport Circle (ASC) in presenting the National Indigenous Coaching Awards at the virtual awards gala. These awards recognize a female and male Indigenous coach (First Nations, Inuit, Métis) who have demonstrated a personal commitment to fair play and sportsmanship. This year’s recipients are Veronica McDonald and Richard Lush, each of whom received a $1500 bursary to support their coaching professional development.
More on the 2020 Petro-Canada Sport Leadership Award Recipients

The Geoff Gowan Lifetime Achievement Award recognizes a lifelong commitment to coaching and coaching development and is presented to an individual who has fostered a positive public image of coaching, enhanced the role of the coach within the public in Canada, and who is a role model for future generations of coaches. The award was created in 1996 to honour former CAC President Geoffrey Gowan, CM, PhD. The trophy is housed at Canada’s Sports Hall of Fame in Calgary, where the recipient will be featured for the year. Previous recipients include figure skating coach Manon Perron, ChPC, diving coach Dany Boulanger, ChPC, and ringette trailblazer, Phyllis Sadoway, ChPC.

“Denis has made an incredible contribution to sport in Canada and we are honoured to present him with this lifetime achievement award,” says Paul Carson, Chair of the Board, Coaching Association of Canada. “For 25 years, the CAC has presented the Geoff Gowan Award to many esteemed and deserving coaches whose contribution to coach education and development has echoed Geoff’s legacy. And this year is no exception.”

“Kylo has demonstrated a consistent commitment to lifelong learning in his approach as an NCCP Coach Developer, one of the underlying philosophies of the National Coaching Certification Program,” says Lorraine Lafrenière, CEO of the CAC. “He is a true and passionate ambassador of the NCCP, and we are grateful for his ability to guide, inspire, and develop future coaches in Canada.”

The Sheila Robertson Award recognizes the outstanding contributions to coach education, recognition, and professional development by a National Sport Organization (NSO) or Multi-sport Service Organization (MSO). The CAC presents the award each year to an NSO or MSO that consistently demonstrates the value of coaching through its organizational mandate and communications activities throughout the year to its internal and external audiences. Previous recipients include Tennis Canada, Baseball Canada, viaSport British Columbia, and the Canadian Lacrosse Association.

Petro-Canada will recognize 23 coaches from 10 unique sports with the annual Coaching Excellence Awards. These prestigious awards recognize coaches whose athletes have achieved a medal at World Championships, Olympic or Paralympic Games, or the Special Olympics World Games. Petro-Canada has honoured 1,259 coaches with this award since 1986.

“The recognition we are jointly celebrating tonight is a testament to the importance of the NCCP program and the significance it can have within an individual, a coach, an athlete and an inspired team,” says Kristina Schaefer, Director, Petro-Canada Brand Loyalty. “Each recipient has been instrumental in building courageous and successful athletes, and we are proud to honour the accomplishments of these exceptional coaches. My sincere congratulations to all our recipients.” 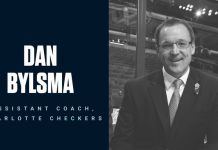 Kraken Bring on Andrew Allen and Dan Bylsma as Coaches 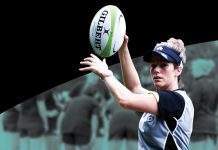