“Made in Canada” is quickly becoming the mantra of the Victoria HarbourCats as three more British Columbian grown ball players will call Victoria home for the summer of 2021.

Giordano Mezzomo
Mezzomo, at 6-0 and 195lbs.  is an excellent two-way player who is attending San Jacinto State College and who excelled for the Coquitlam Reds of the BC Premier Baseball League (BCPBL), leading that league with seven home runs in 2019 and hitting .400, with eight hits and three doubles in 20 at bats in the playoffs that same year. He provides power from the left-hand side of the plate and as a left-handed pitcher, got the attention of the Canadian National Junior Team, pitching in the Florida spring training camp in March of 2020.

Steven Morretto
Another BCPBL standout with the North Shore Twins, the 6-2, 220lb. Moretto helped led the Twins to the Championship in 2015 and is now a Junior infielder at Sacramento State, where he has excelled on the infield in each of his three years there, starting in 79 of the 80 games in 2019 and 2020, mostly at third base.  He also started in 58 games as a freshman in 2018.  Moretto led the Hornets with nine home runs in 2019 and had 39 and 38 RBI respectively in  2018 and 2019.  He earned All Western Athletic Conference Academic Honours in each of his three seasons to date.  A former member of the Canadian Junior National Team, Moretto also played for Team Canada in the Little League World Series as a 13-year old. 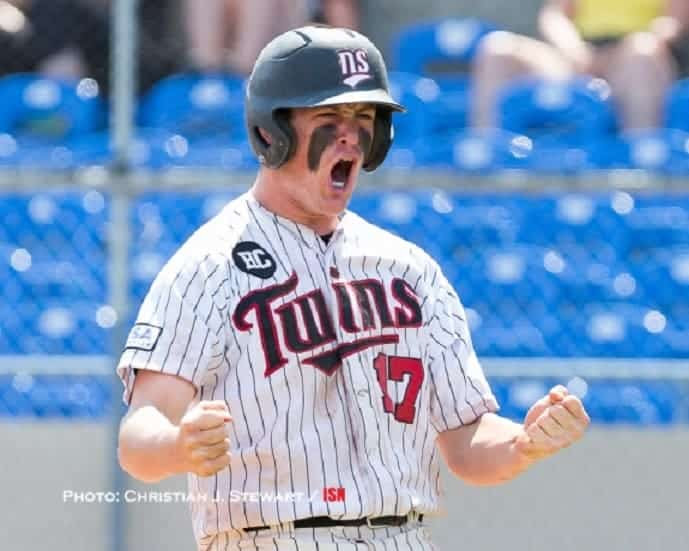 Steven Moretto played a key role in the North Shore Twins 2015 BCPBL Championship, played here in Victoria (Photo: Christian J. Stewart)
Declan Dutton
The 6-4, 195lb. Dutton is a towering right-handed pitcher from Vancouver, who spent time in the UBC program in 2018-2019 before transferring to Yavapai College in Prescott, Arizona where he is now a sophomore.    In six appearances for Yavapai in the shortened 2020 season, Dutton emerged with a 1-0 record and 3.00 ERA with seven strikeouts in nine innings of work.  Dutton played for the North Shore Twins, where in 2017, he appeared in 12 games, five starts, earning  record of 4-1, with a 2.45 ERA and striking out 37 batters in 37 innings of work. He also played for the Canadian Junior National Team in 2018. 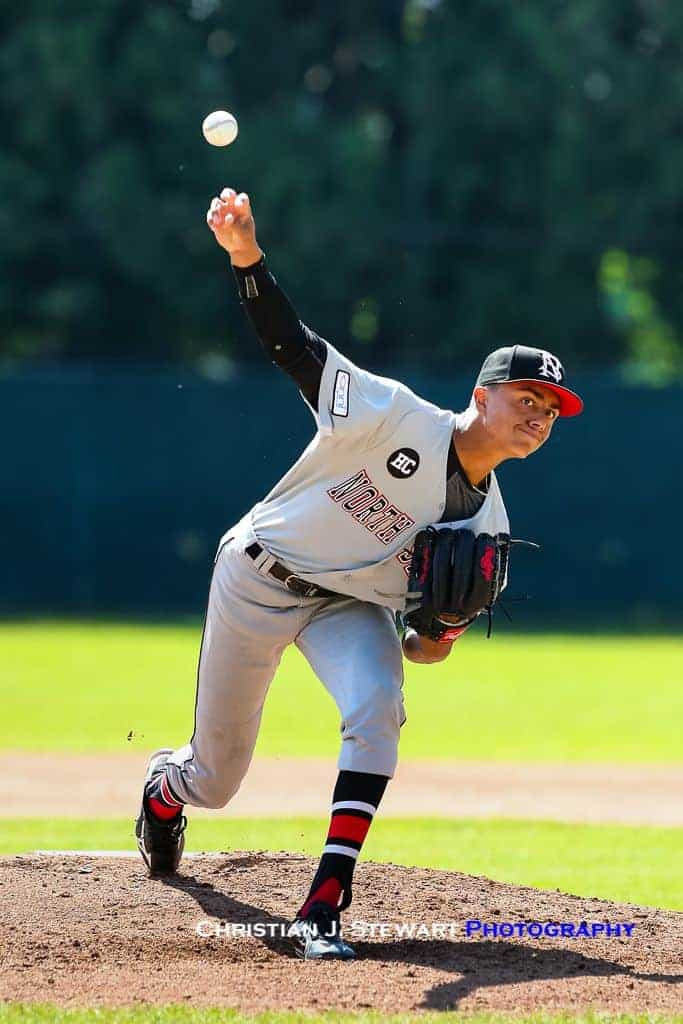 A towering right-hander, here pitching for the North Shore Twins, Dutton will be a nice arm to have in the HarbourCats pitching corps (Photo: Christian J. Stewart)
“The baseball talent we are seeing coming out of British Columbia is pretty impressive,” said HarbourCats Head Coach Haney, “and we are pleased to lock these three up for 2021.  Moretto has proven to be both a defensive and offensive threat at the college level and Dutton gives us a solid and imposing arm from the right hand side.  Mezzomo, also gives us some great two-way options as a strong left-hander on the mound, as well as a left-handed,  offensive threat at the plate.  I am excited to see what they can do for the HarbourCats this year.”

With today’s announcement, the HarbourCats announced roster for 2021 expands to 14 players –  eight pitchers, two catchers, three infielders and one outfielder – with more to be announced soon.

The HarbourCats expect their initial 2021 schedule to be released within the next two weeks and are looking forward to the excitement of welcoming three new Canadian teams to the league, including the Nanaimo NightOwls, Kamloops NorthPaws and Edmonton Riverhawks.