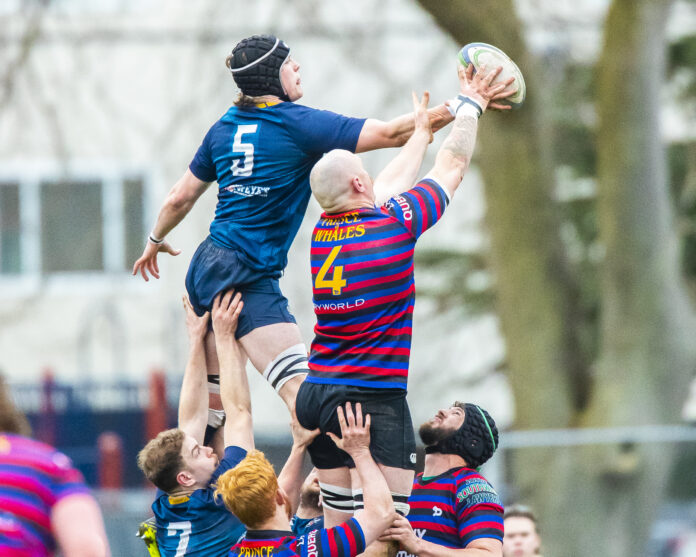 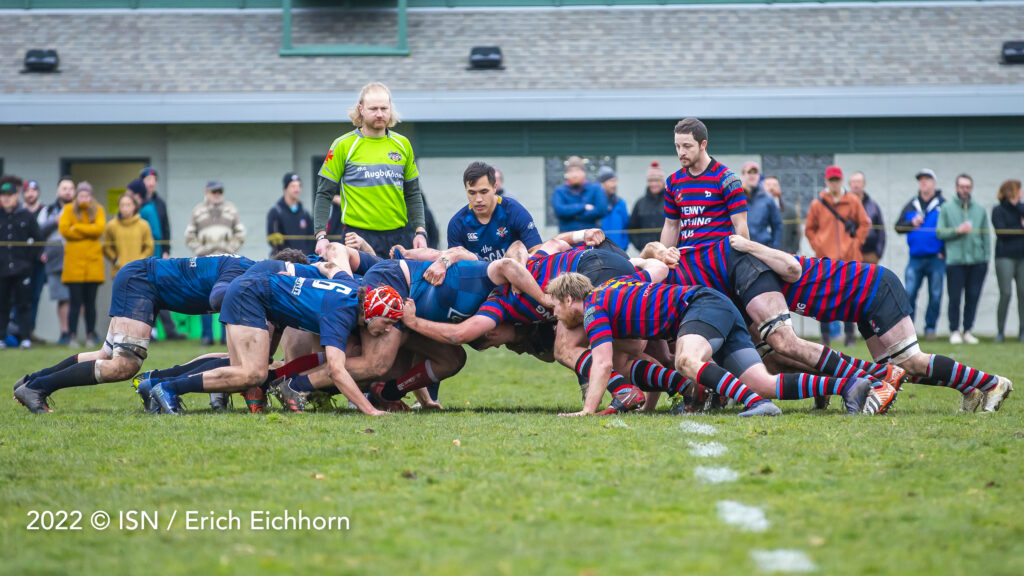 After a lopsided 45-15 win over the University of Victoria last weekend, the Saturday win by Castaway Wanderers improves their undefeated streak to 5-0 since the January 29th return to play, while the Bays continue to look for their first victory with a 0-4 record. With the win, the Castaway Wanderers leapfrog the idle UBCOB Ravens for top spot in the standings. Prior to Saturday’s match up, the Ravens held a precarious 1-point lead over the Tri-Colours.

Saturday’s match up felt every bit like a classic, fall matchup as fans lined the ropes and filled the stands under less than spring-like conditions.

James Bay jumped out to a 2-try lead in the first five minutes of the match much to the liking of the Bays fans in attendance.  Bays would take advantage of a light defensive effort on the wing that would see Gio Douyon score a pair to put the home side up 12-0.

Castaway Wanderers Brandon Schellenberger would be quick with the hands to pick off a James Bay ball deep in the Bays end to put his team on the board with his first of 2 trys in the game to make it a respectable 12-5 game. James Bay would open the lead once again on a hard-fought try by Steve Pyke, pushing the visitors back to dot the ball down to make it a 19-5 game. Tricolors‘ Schellenberger would score his second try of the game falling across the line with Bays’ tackler Isaac Gonevou in tow.  The sides would go into the half with James Bay holding onto what would seem to be a precarious 19-12 lead.

Perhaps sensing a change in the play in the second half, James Bay would play the opportunist and take a successful Thomas Burton penalty kick to go up 22-12 minutes into the last half.  Those would be the final points the Sean White-coached team would see as the Castaway Wanderers would turn the screws on the Bays to run off the next 22 points on trys by Mike Adibe, Aidan Cole, and Jordan Tait on route to 34-22 come from behind win.

In the win, the Castaway Wanderers take a four-point lead over UBCOB Ravens for first place in the Premiership standings while JBAA sits on the outside, looking in on a final playoff spot currently held by UVic Vikes who are seven points ahead.  The top eight finishing teams will be eligible for playoffs which begin April 23rd. 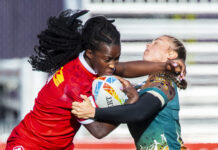 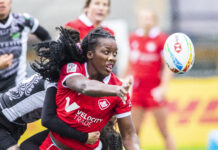 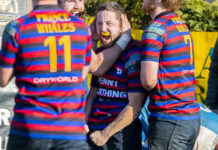