Good things come to those who wait. That could not have been more true for the HarbourCats on Friday evening as they exploded for five runs in the bottom of the second inning, following a 1.5 hour rain delay, to cruise to an eventual 10-3 win over the Kelowna Falcons in West Coast League action Friday night in Victoria.

The weather and the rain delay, failed to dampen the spirits of the Victoria faithful and the majority of those in attendance hung around until the end to watch the “Cats celebrate their third win in a row. 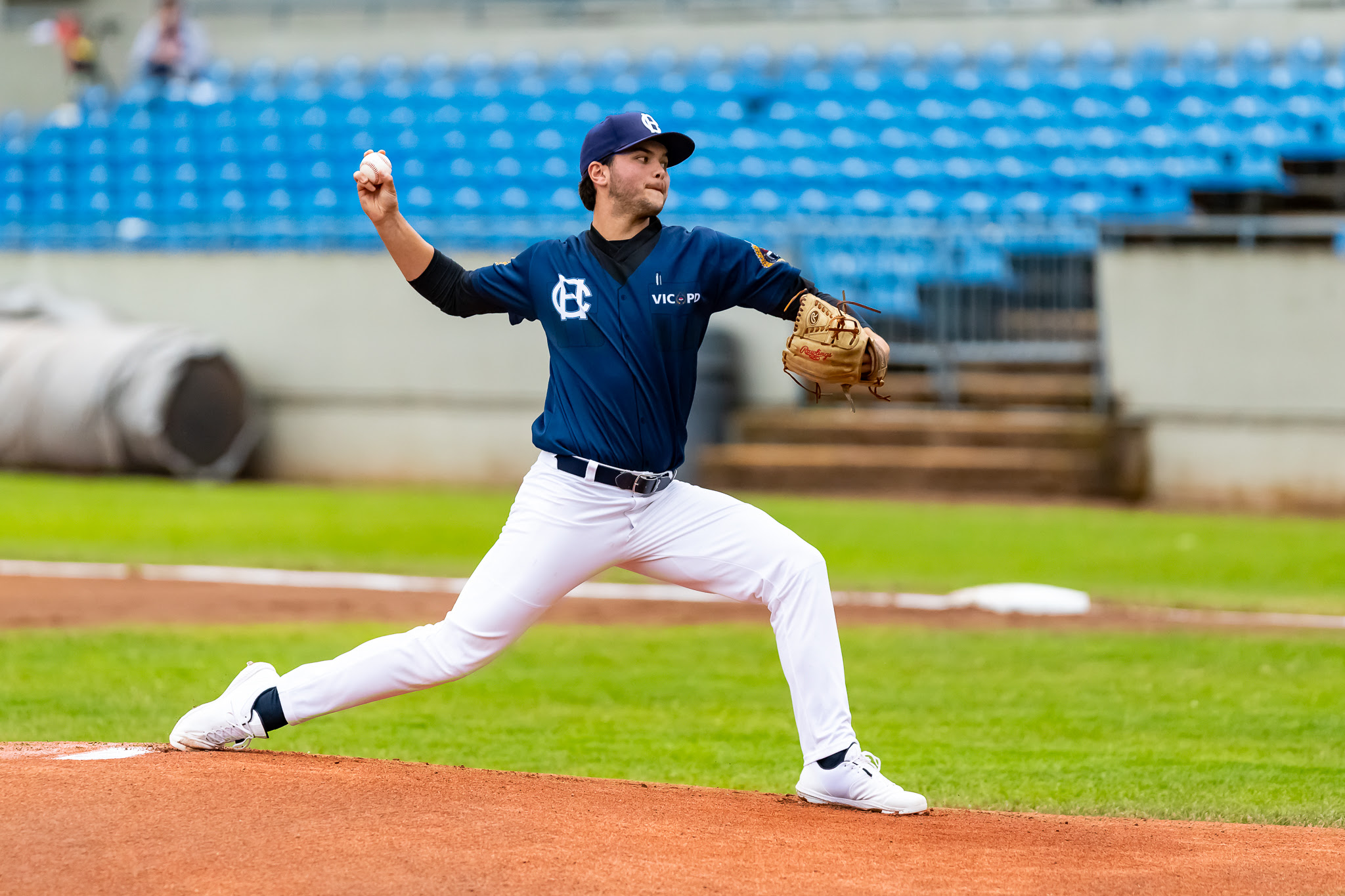 Noah Takacs made a strong start for the HarbourCats while sporting their Victoria Police Jerseys in support of “Forces Fridays” (Photo: Christian J Stewart)

The umpires called a stop to the game during the bottom of the second with the HarbourCats sitting with the bases loaded and one out. After waiting for an hour and a half for the rain to subside and some absorbent was applied to appropriate areas, the HarbourCats pushed five runs across in the bottom of the inning before adding three more in the third. First it was Jake Skipworth with a base hit to score one who then passed the baton to second baseman, Josh Rolling, who responded with an absolute laser of a two run double to left center field. The HarbourCats would then add two more and in the third Luke Cheng’s double down the left field line was the big blow of the inning. 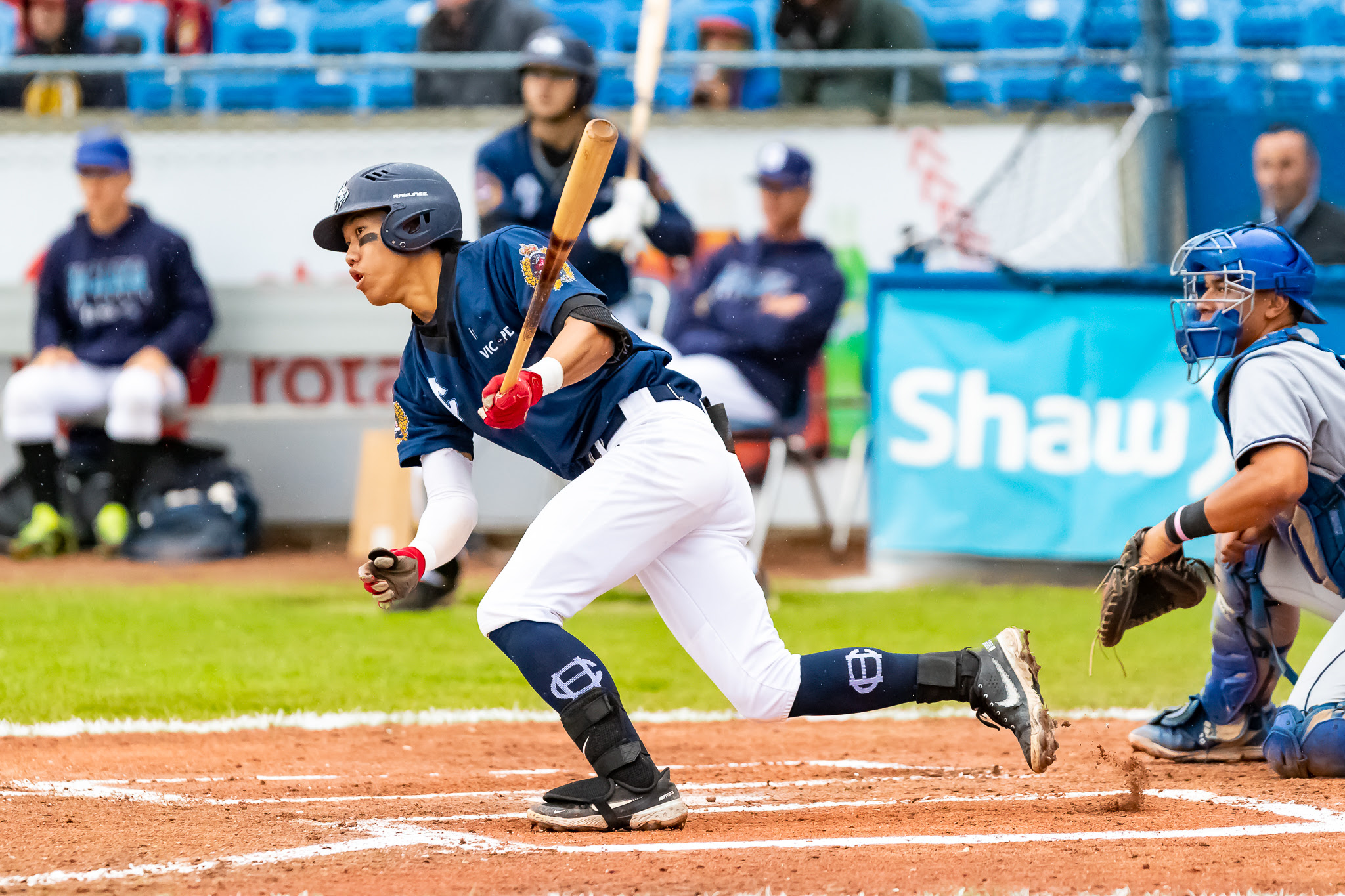 After the rain delay, Harry Delyannis would come out as the Cats pitcher and continued his good start in the WCL after pitching seven scoreless innings last weekend, he followed than up Friday evening with a four inning one earned run and six strikeout effort. He continues to be a pleasant surprise this summer after Noah Takacs made a strong two inning start top the game.

Victoria has been able to weather the storm of a slow start to the season which saw them begin the year with some trouble getting the bats going and dropping to 2-4. That has not been the issue as of late with the team winning the past three games in entertaining and convincing fashion scoring 29 runs over those three games. The bats have woken up and the top of the order for Victoria has been a force to be reckoned with, quite often seeming like they are impossible to get out. 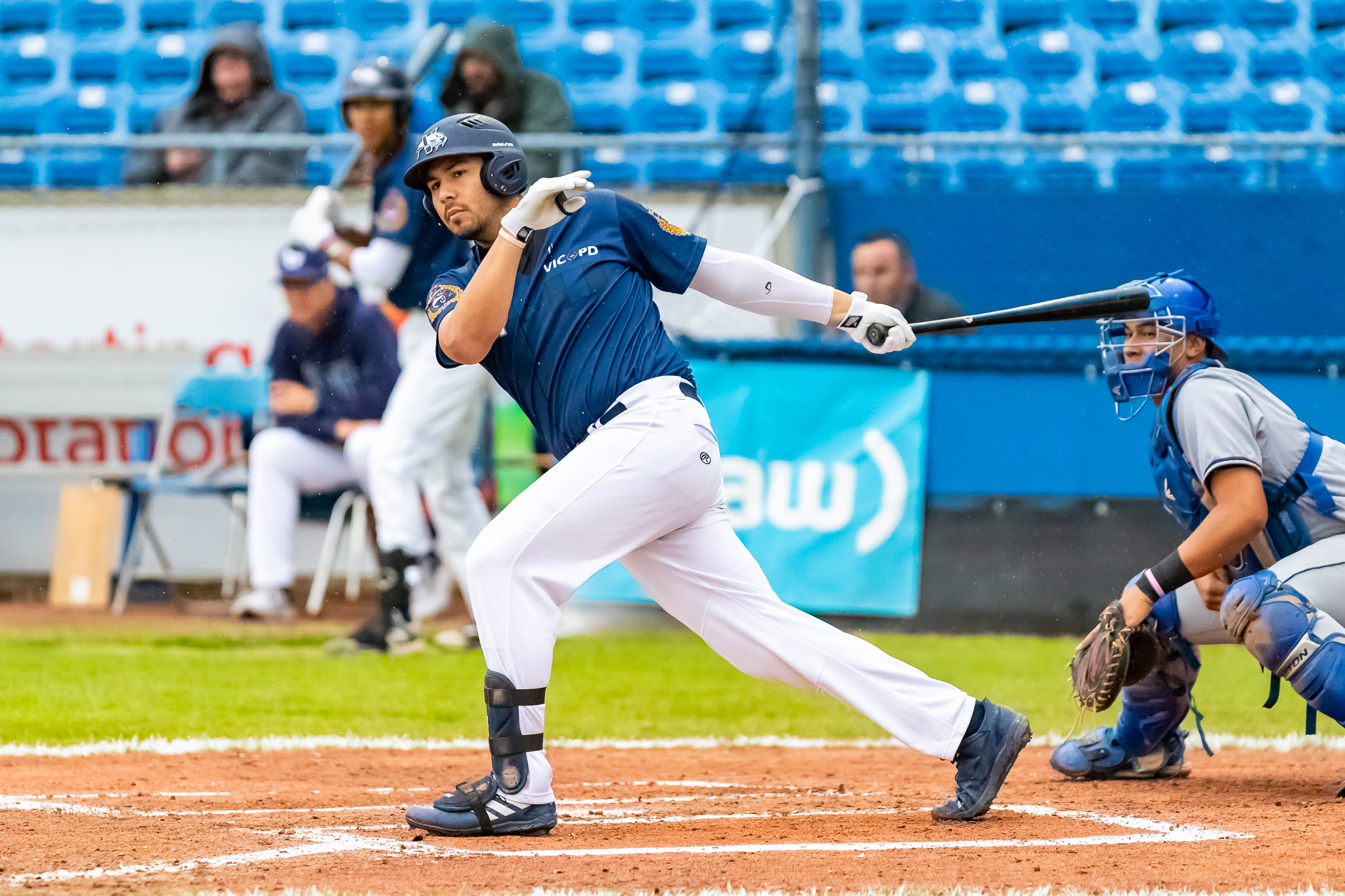 Grady Morgan: Grady continued his brilliant play to start the summer, picking up three singles and pushing his batting average out of the lead off stop to over .400. He also picked up two RBIs, a walk and two runs scored Friday evening, but the most impressive thing may have been his catch at the wall in left field. Grady timed his jump perfectly as he robbed a homerun from going over the fence below the scoreboard to silence any Kelowna belief of coming back in any way shape or form, while also drawing a standing ovation from the crowd. 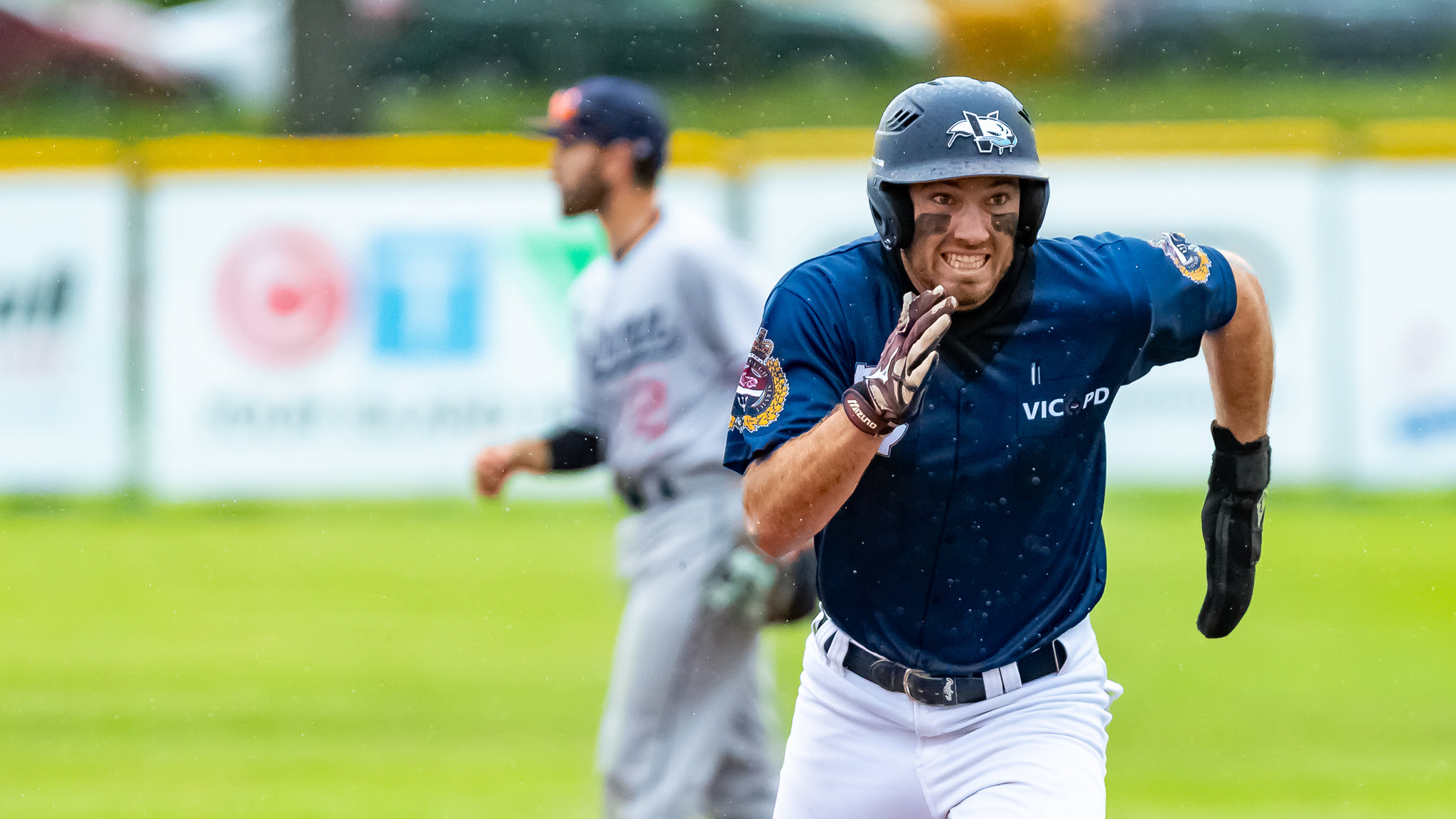 Jordan Bond: The Victoria native who has played for the Victoria Collegiate program over the past season (Coached by HarbourCats GM Curtis Pelletier) continued to impress at the hot corner as he made a fabulous diving play moving to his left and throwing out the Falcons runner by a step. Jordan then also added a double down the left field line and a hard hit single to right field. The feeling of watching a home grown player not only get the chance to play for the parent club, but also thrive has been lovely for many people in and around the organization.