HAMILTON, ONT – The Canadian Elite Basketball League (CEBL) revealed all the top talent that was drafted by the league’s six teams in its first ever Entry Draft on Saturday, March 23, 2019. The draft reveal took place at the Art Gallery of Hamilton in front of media, sports and lifestyle influencers, prominent basketball personalities and executives.

There was a strong dose of Saskatchewan throughout the draft, with four current or former members of the Huskies men’s basketball team being selected.

Having just completed his third year of U SPORTS eligibility, Chan De Ciman was selected in the first round of the U SPORTS draft by the Saskatchewan Rattlers. The guard from Regina started all 20 of the Huskies’ regular season games, averaging 10.6 points and 3.0 steals as he helped the team to the Canada West semifinals.

Joining De Ciman on the Rattlers will be a pair of former Huskies in Michael Linklater and Shane Osayande.

Linklater played five years for the Huskies and capped off his career in 2009-10 by capturing the lone U SPORTS Final 8 title in program history.

Osayande was dominant in his time as a Huskie and currently sits atop the career record books with 78 blocked shots.

Also selected was Troy Gottselig, who was drafted by the Fraser Valley Bandits. Gottselig played for the Huskies from 2007-10 and his name can be found throughout the Huskies record book. He is tenth in career rebounds (435), sixth in blocks (37) and ninth in steals (96).

From players who have represented Canada Basketball to rising talents from current U SPORTS programs, below is a breakdown of all the players that were drafted into the CEBL.

Regional Rounds:
The first four rounds of the draft had a regional focus as CEBL teams selected players from their respective territories, allowing each team to have a nucleus of players from its own region.

Open Rounds:
Commencing with Round Five, the draft opened up for all teams to select players from any region of the world. The following were the players drafted by each team in the open rounds:

The rising stars of tomorrow – these rounds saw teams select emerging Canadian basketball talent currently playing in U SPORTS programs across Canada.
Round 1

“It gives me immense pleasure to see such amazing talent represent the league and its six teams,” said Mike Morreale, Chief Executive Officer of the CEBL. “Congratulations to all the players who got drafted – it’s a historic time for a Canadian basketball fan.”

The CEBL, the official professional league partner of Canada Basketball, opens its inaugural season in May with franchises in Fraser Valley (Abbotsford), Edmonton, Guelph, Hamilton, Saskatchewan (Saskatoon), and Niagara (St. Catharines). CEBL teams will play a 20-game regular season from May 9 to August 15, culminating with a league championship playoff at a site to be announced.

“This is going to give our Canadian based student-athletes in basketball a real opportunity to continue to play at an elite level,” said U SPORTS President and CEO Graham Brown. “Now with the CEBL, you can pursue both during the offseason and when your schooling is done, opportunities beyond U SPORTS basketball.”

By The Numbers
The CEBL Entry Draft saw prominent athletes being picked from several world class leagues and university programs. Below is a summary of where these athletes came from.

*Including six players that have played for more than one school 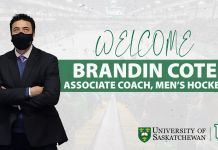