Jackson Niedermayer scored the Teddy Bear Toss goal just 47 seconds into the game that catapulted the Penticton Vees in a 5-1 victory over the West Kelowna Warriors on Friday night at the South Okanagan Events Centre.

The teddy bears did not have to sit for long as just 47 seconds into the game, Jackson Niedermayer littered the ice with stuffies as he got the Vees ahead 1-0. Nico Somerville laid a pass from the left point to the slot where Niedermayer turned and zipped a shot over the glove side of Warriors goaltender Brock Baier for his 8th marker of the season to give Penticton an early 1-0 advantage.

Once the large contingent of bears were collected off the ice, both sides got back to work with David Silye ringing a shot off the blocker side post of Baier before Jack Barnes doubled the Vees advantage at the 7:27 mark with his second goal in as many games.

Tristan Amonte made a great play below the goal line, taking a Warriors defender off the puck and centering a feed to the slot where Barnes was able to smack a shot past the blocker side of Baier for his 3rd goal of the season and a 2-0 Vees advantage before the 10-minute mark of the opening period.

West Kelowna came back and got the game to within a goal at the 12:18 mark of the opening frame as they took advantage of a turnover with Carter Wilkie finding the loose puck in the slot and blasting a shot past the blocker side of Vees goaltender Yaniv Perets to cut Penticton’s lead in half at 2-1.

The action was limited in the opening part of the 2nd period before the Vees broke things open in the later portion of the frame as Tyler Ho tallied the first of his two markers in the middle stanza. It was again Amonte who played a pass from the left-wing corner to the top of the face-off circle where Ho collected and wristed a shot past the glove side of Baier for his 7th goal of the season and restored the Vees two-goal advantage at 3-1 at the 13:54 mark.

Ho wasn’t done finding the back of the net, tallying his second goal of the period at the 17:31 mark of the middle stanza as he took a Conner Hutchison pass on the left wing and raced to the net before beating Baier on the blocker side for his 8th marker of the season and a 4-1 advantage before the period was out.

Carson Kosobud added to the scoring and finished off the goals with his 2nd tally of the season at the 3:51 mark at the tail end of a power play. Kosobud took a Danny Weight pass from the right wing and walked into the left face-off circle, steering a wrist shot over the blocker shoulder of Baier for a 5-1 Vees lead.

The Vees didn’t surrender much in the final period, or throughout the game, giving up just 18 shots, which Yaniv Perets turned aside 17 of them for his 13th win of the season in the crease while Brock Baier made 40 saves on 45 shots thrown his way in his 11th defeat of the year. 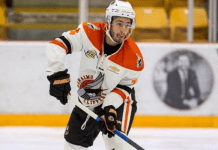 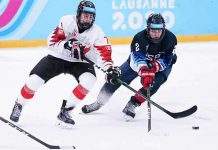 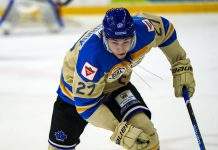 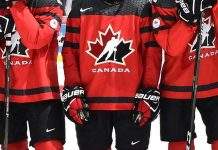 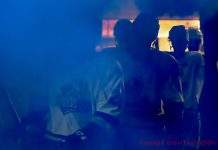 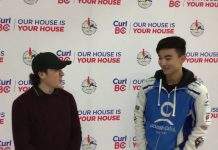 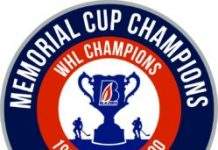