The reigning king and defending team champions of the pool retained their crowns, while a new queen was crowned for the first time in five years, following Day 3 of the U SPORTS Swimming Championships at Saanich Commonwealth Place. 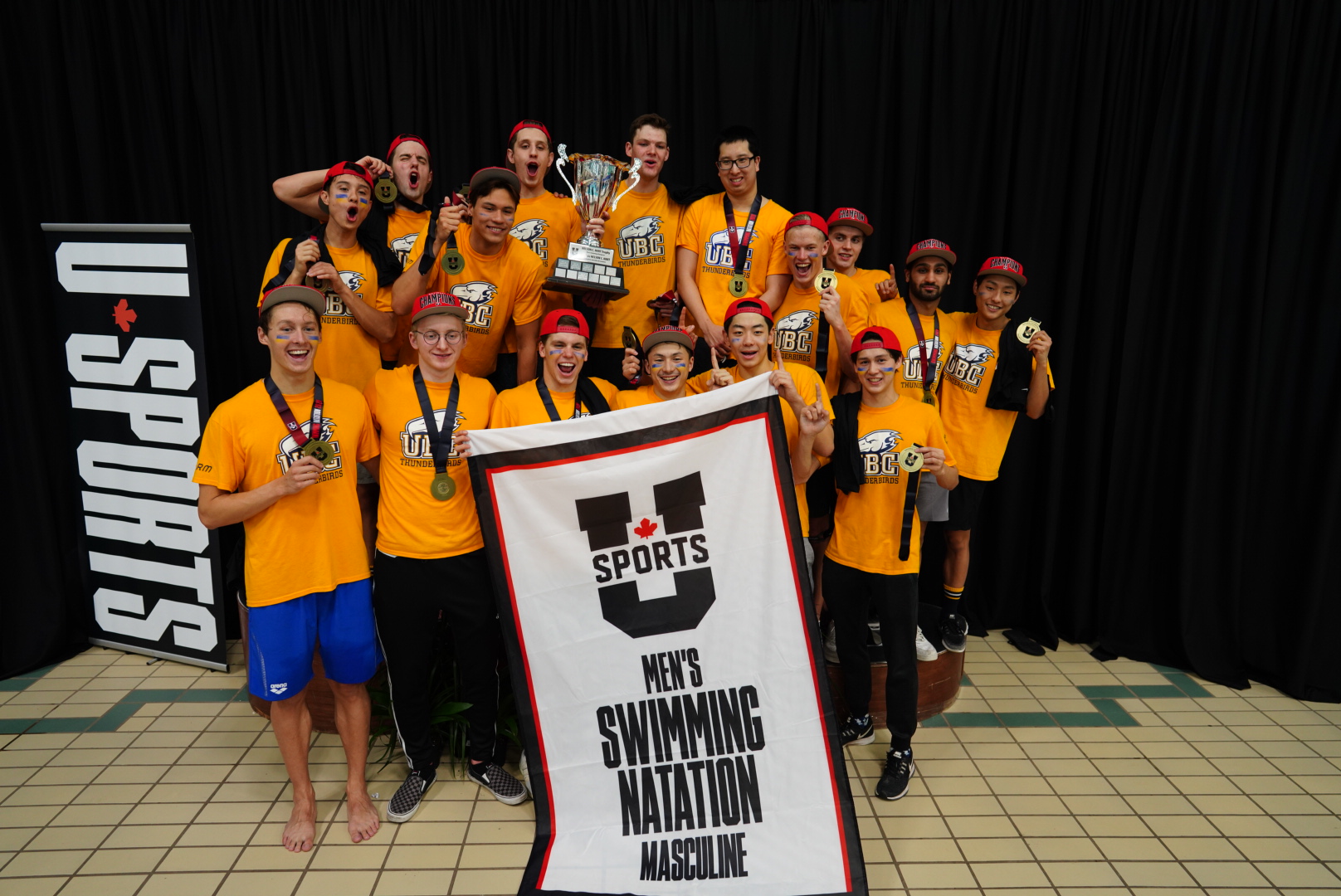 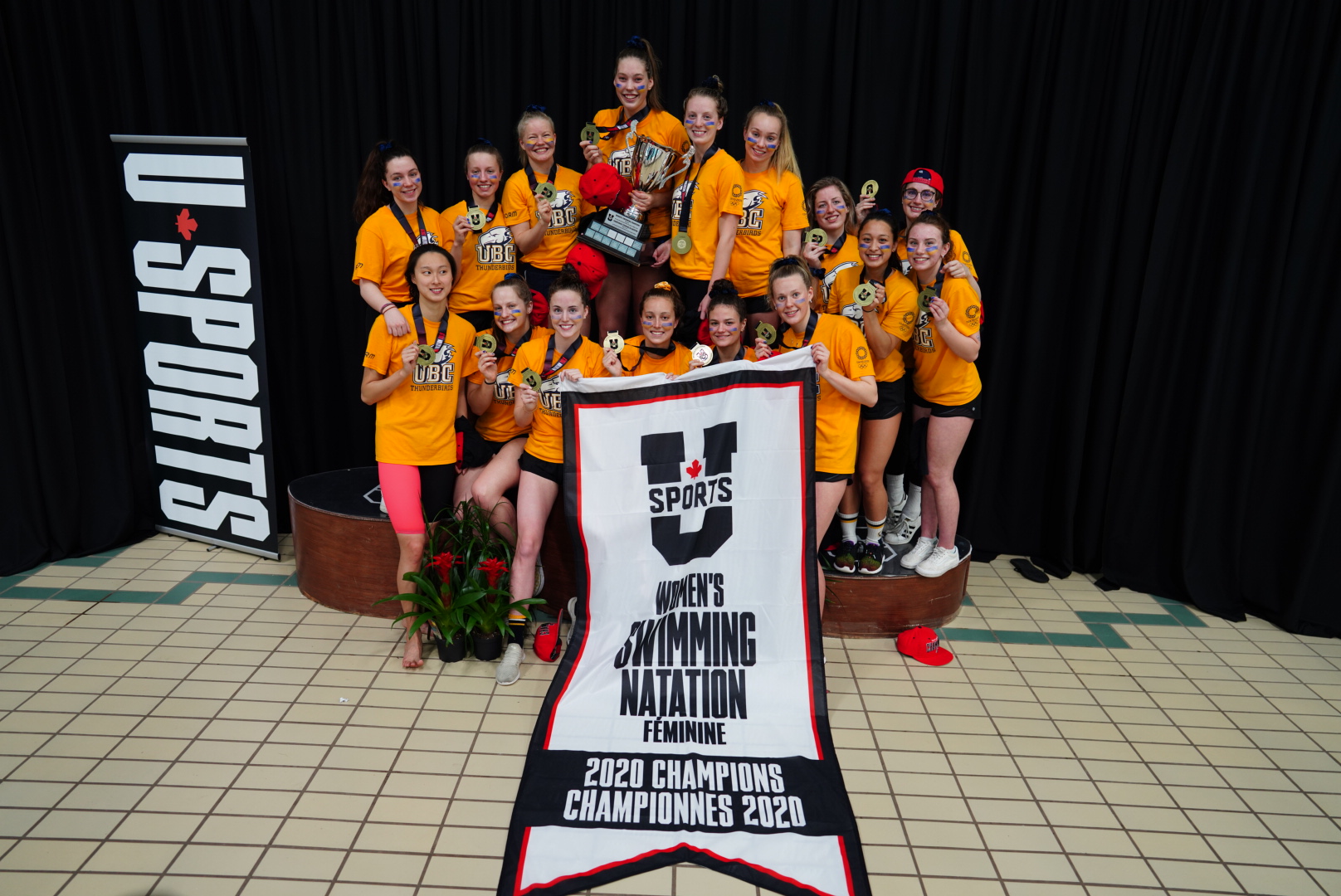 Both the UBC men’s and women’s programs captured the team title for the fourth consecutive season. For the men, it was their 18th national title, while this marked the 24th national banner for the women.

Not only did Markus Thormeyer of UBC retain his Swimmer of the Year award, he also capped off the week by completing his second grand slam of the event in the 200-metre backstroke with his U SPORTS record-setting time of 1:58.54.

“It was cool that I could have a week like this,” said Thormeyer. “(After my first race), I went right to warm down like a good swimmer should. I thought about my next race all break, had a couple jelly packs, hydrated and just had fun with it.”

On the women’s side, not only was Kelsey Wog the class of the competition, she also recorded the fastest long course 200m breaststroke swim in the world this year and broke the pool record that was set in 1994. She later completed her sweep of the breaststroke podium by nearly setting a new U SPORTS record with her time of 31.21 in the 50-metre breaststroke.

Even though Wog was surrounded by five Thunderbirds, she set a new U SPORTS record (2:10.87) and defended her national title in the 200m individual medley for her fourth individual gold of the meet.

“It’s been a really fun meet and I’ve had a great time with my friends,” said Wog. “I’m happy with my times. My 200 IM has come together nicely over the past few years, especially the back half of it.”

Her dominance in the pool led to her receiving the women’s Swimmer of the Year Award – the first new winner of the honour in five seasons, after Olympian and former Toronto Varsity Blue Kylie Masse held the award for the past four years.

UBC’s Hoi Lam Tam had been cleaning up in the pool all week. Already with the 50m freestyle title (25.92) in her back pocket, she picked up the Sprinter’s Cup with her gold medal time in the 100m freestyle in 55.50. She was the only winner of award this year, as no male was able to capture gold in both events. Tam was also the anchor on the gold medal-winning 4x100m individual medley relay team.

“I wasn’t really able to see what was going on beside me, so I just kept going,” said Tam. “For me, it’s all about playing for your team and getting as many points for them as possible.”

Day 3 got underway when Calgary’s Danica Ludlow set a new U SPORTS record in the women’s 800m freestyle. Having medalled in the event in the past but never grabbing gold, Ludlow finally broke through and won with her time of 8:45.45.

After earning three silvers, Aleksa Gold of the Toronto Varsity Blues finally got her gold after an incredible race in the 200m back that saw her hold off the hometown favourite, Lauren Crisp of the Victoria Vikes.

In his final swim at the U SPORTS level in the final individual race of the meet, Davide Casarin of the Ottawa Gee-Gees set a new U SPORTS record with a swim of 15:30.55 in the 1,500m freestyle.

Over the three days of intense competition, there were three short course and 11 long course U SPORTS records broken, along with three pool records.

Sprinter’s Cup (single winner of both 50m and 100m freestyle): Not awarded