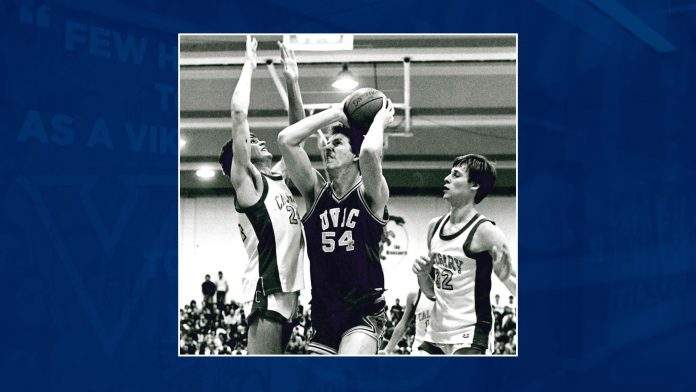 The University of Victoria Vikes are sad to announce that former men’s basketball player Cord Clemens passed away earlier this morning. He was 56.

Clemens played four seasons with the Vikes from 1983-87 and was an integral part of one of the greatest dynasties Canadian basketball has ever seen.

With Clemens in the lineup, the Vikes won the CIAU National Championship from 1983-86. When he returned for his fourth year for the 1987-88 season, the Vikes reached the Final 8 Tournament after they won their Canada West title with him on the floor.

When the Surrey, B.C. product won his third and final national championship with the Vikes in the 1985-86 season, he won the Jack Donohue Trophy as the most valuable player of the CIAU Championship. That year was also one of three seasons where he was named a Canada West First Team All-Star and a CIS Tournament All-Star (1984-85 and 1987-88 were the others). Clemens was also a Second Team All-Canadian in 1985-86. He was an unselfish, thoughtful student of the game.

The 7-foot Clemens nearly averaged double figures for the entirety of his career. After posting 9.3 points 4.8 rebounds per game as a freshman, he went on to average 15.3 points and 7.4 rebounds over 49 career games. His 7.4 rebounds per game rank him seventh all-time with the Vikes. His individual stats led to great team success, as the Vikes went a remarkable 43-9 in conference play with him in the lineup.

After he graduated from the Vikes, Clemens went on enjoy six years with the national program from 1984-90. His time with Team Canada was highlighted by a bronze medal at the 1985 Universiade in Kobe, Japan, playing in multiple Jones Cups in Korea and in the 1989 Universiade in Duisberg, Germany.