The Victoria Highlanders are pleased to announce our netminders for the upcoming League 1 BC season. Marko Ilich, Trevor Schnieder, and Daniel Zadravec will be the goalkeepers competing for the team, each bringing their own unique experiences and playing style in the back.

“I am excited about the goalkeeping pool that we have this summer. Each has different experiences and strengths which will bode well for us in all situations this summer.” said Head Coach Steve Simonson. “All three of them are driven and I know they will do what it takes to be ready when called upon. We want to have as much depth as possible in all positions and I have great confidence in the depth we have in goal.” 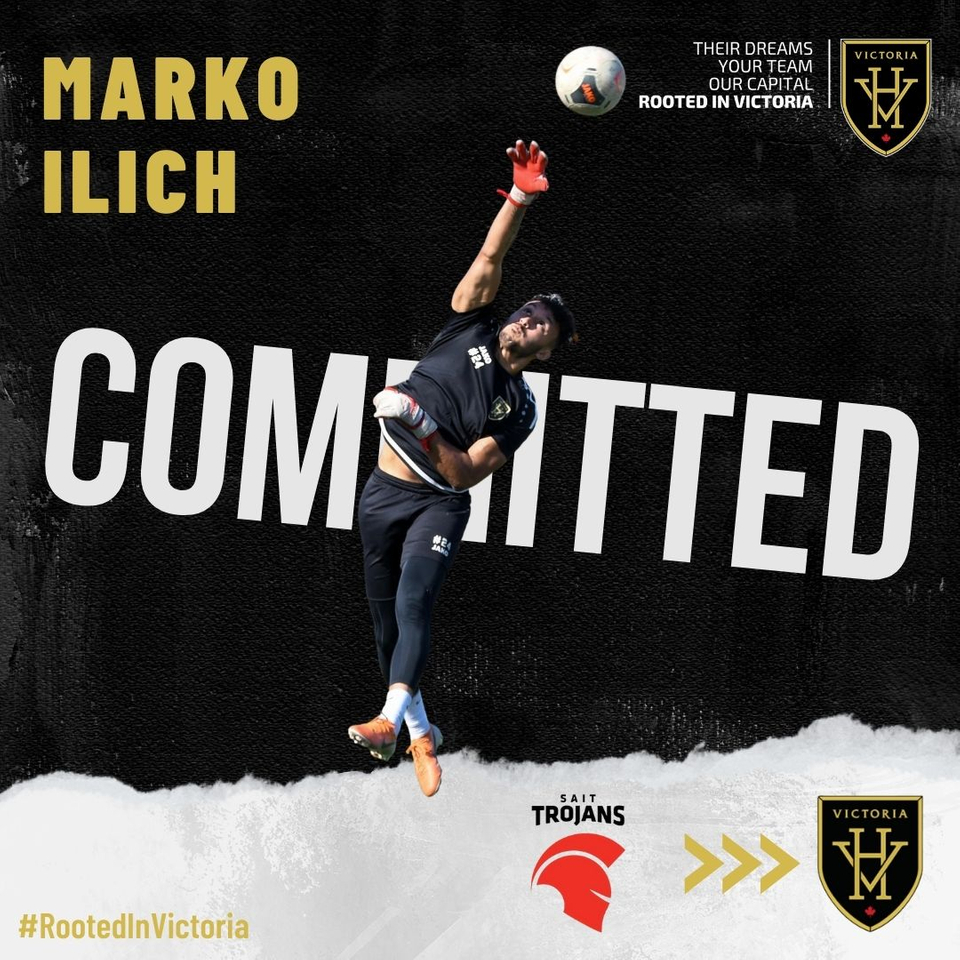 Originally from Calgary and a graduate of the VHFC Residency Program, Ilich spent his youth playing soccer for the Calgary Blizzards as well as overseas in Serbia for FK Partizan and Red Star Belgrade’s youth academies. He has experience at the post-secondary level, spending one year with the UNBC Timberwolves and two years with the SAIT Trojans, where he led the ACAC in wins and clean sheets. When the COVID pandemic hit, Marko came into contact with Thomas Niendorf, who took him into the VHFC Residency Program, where he has been a Highlander since September of 2020.

“I’ve worked very hard to try and establish myself on the island, and I’m really grateful to get this opportunity to play with the top players here and play against the top players in BC”, said Ilich. “I’m looking forward to continuing to put the work in to reach that childhood dream, and I’m really looking forward to playing with this talented group of players who are there to push you and push each other towards a common goal.” 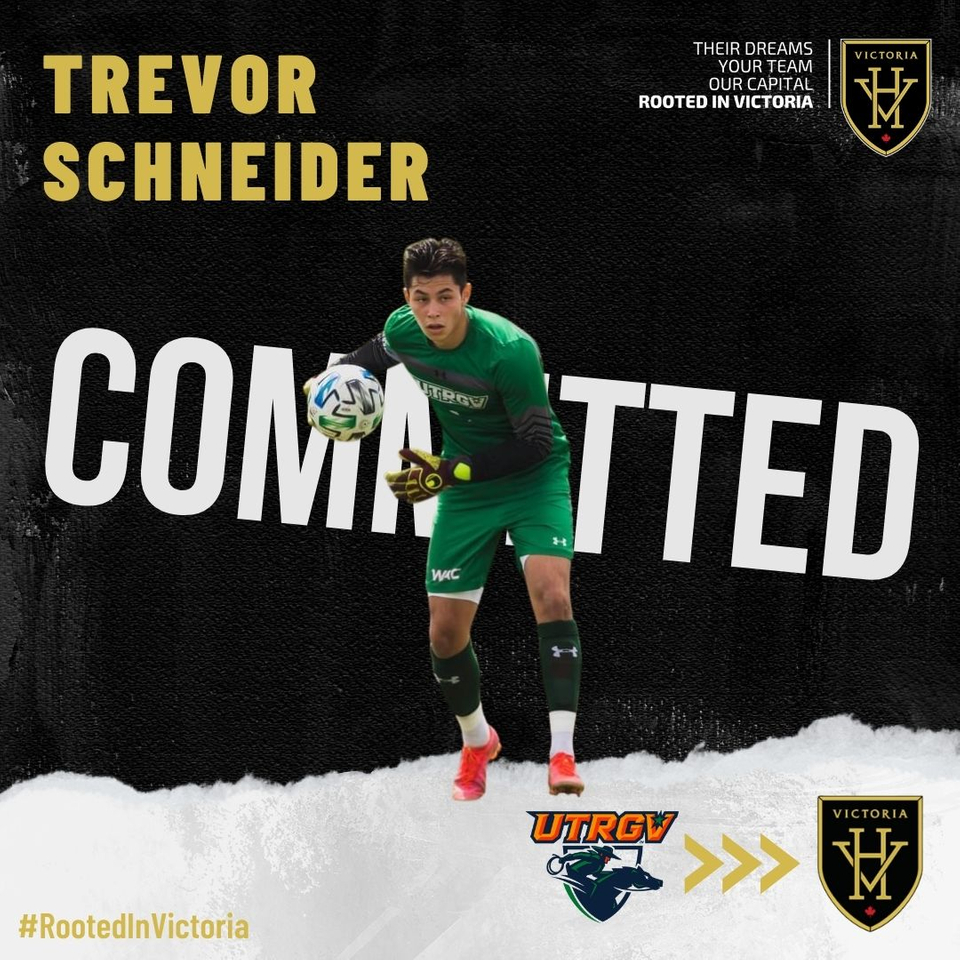 Hailing from Vancouver, Trevor comes back to the Highlanders after last playing for them in 2019, when the Highlanders were competing in USL2. Since then, he spent 4 years playing NCAA Division 1 soccer with the UTRGV Vaqueros, where he earned numerous WAC defensive player of the week awards, as well as WAC all-conference 2nd team honours. Trevor spent his youth playing in the Whitecaps academy system, and will come up against some familiar faces when the Highlanders open their season against the Whitecaps on May 22nd.

“I’m looking forward to some competitive games and working with this group to make something special happen.” said Schneider. “I’m hoping to really showcase myself and help the group as much as I can.” 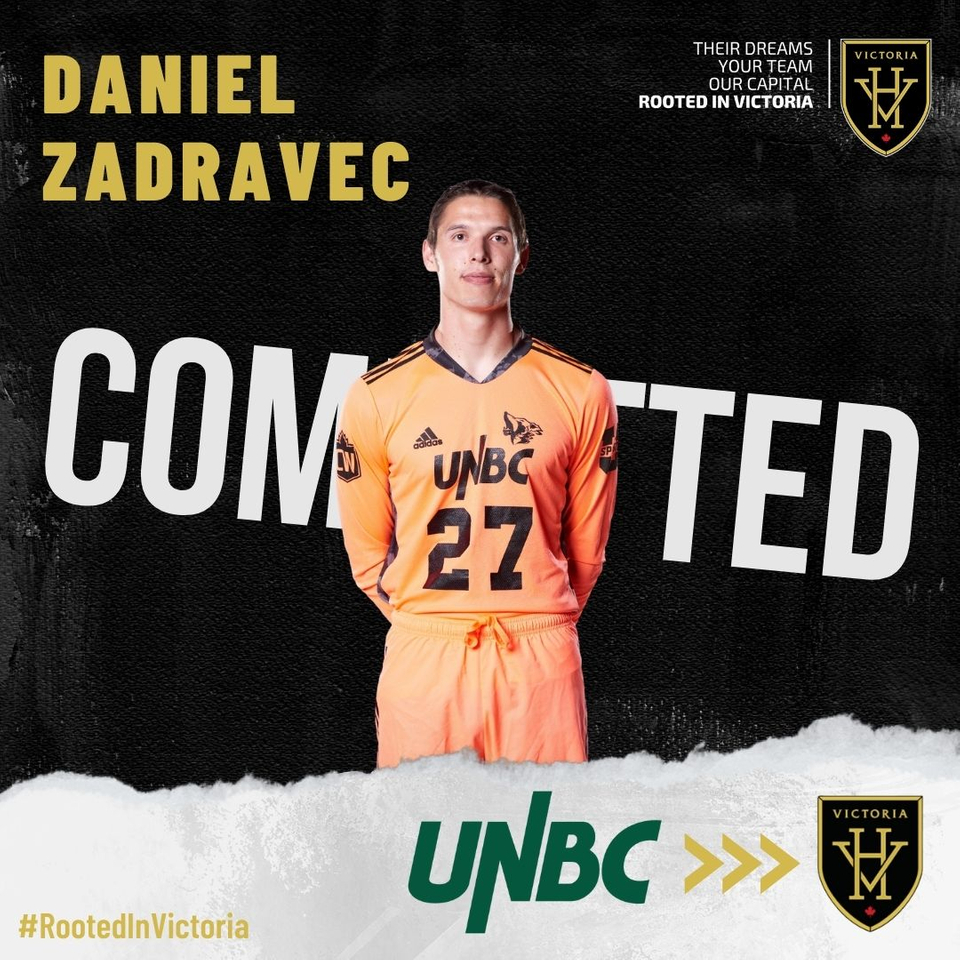 A native of Victoria, Daniel comes back to his hometown after gaining valuable USports experience with the UNBC Timberwolves. He started all 12 games in their regular season, holding a .762 save percentage. Daniel played for the Vancouver Island Wave in his youth, and will be reconnected with other former VI Wave members on the team such as Armaan Nijjar.

“I’m looking forward to being able to play against some of the best players in BC. As well, I’m looking forward to playing on a team with all the talent and skill that we have this year and playing with the club I grew up watching”, said Zadravec. “The goal is to win the league and make Victoria proud. On a personal note, my objective is to do my job and keep as many clean sheets as I can.”