The Cougars were trying to defeat the Generals again after taking the lead in the series on Thursday with a 3-1 win at home.

Chacalias jumped out to give the Cougars a quick 1-0 lead 5 minutes into the game. Heslop took the game back 90 seconds later, and that would be a theme for the rest of the game. Trading goal for goal.

The Generals tied the game early into the third only to have the Cougars jump out ahead again 4 minutes later. The Cougars looked to be walking away with a 2-0 series lead until Landon Dziadyk scored with 7 seconds left in the game…

Overtime 1 saw the Cougars hold a majority of control, including a power play for Too Many Men against the Generals. But, Jacob Sweet was solid in net and the Gens D shut down the Cougars who looked to be cycling the top 2 lines.

Overtime 1 solved nothing but shaving a few years off my life from stress, so we went to overtime 2. 11 minutes into the period after tremendous pressure from the Cougars, Booker Chacalias was able to stand out front alone, and with all the time in the world, bury the game-winner. His fifth OT winner this year and second goal of the game.

Will Norman and Booker Chacalias were the game stars. 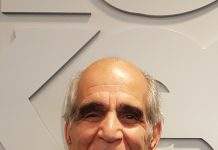