With apologies to the Toronto Raptors, “We The Island.”

The Victoria HarbourCats, who have a strong history of taking their baseball show on the road — and not just for West Coast League away games — are announcing details of two games that will take place on Vancouver Island, but NOT at the usual confines of Wilson’s Group Stadium at Royal Athletic Park in Victoria.

“This is something we have done back to 2014, holding games in other Island ballparks, and it’s something we’re proud to continue,” said Jim Swanson, GM/Managing Partner of the HarbourCats. “We have announced our interest, as the ownership group of the HarbourCats, of owning a second WCL team, in Nanaimo. We think the Island is a hotbed for Baseball, and these are great communities. These games allow us to put our stamp on those beliefs.”

In Nanaimo, tickets can be sourced through members of the Serauxmen Stadium board, or at these locations:

In Duncan, tickets are available at Red Arrow Brewing and Sports Traders, along with members of the Duncan Junior Baseball Association (DJBA) board. 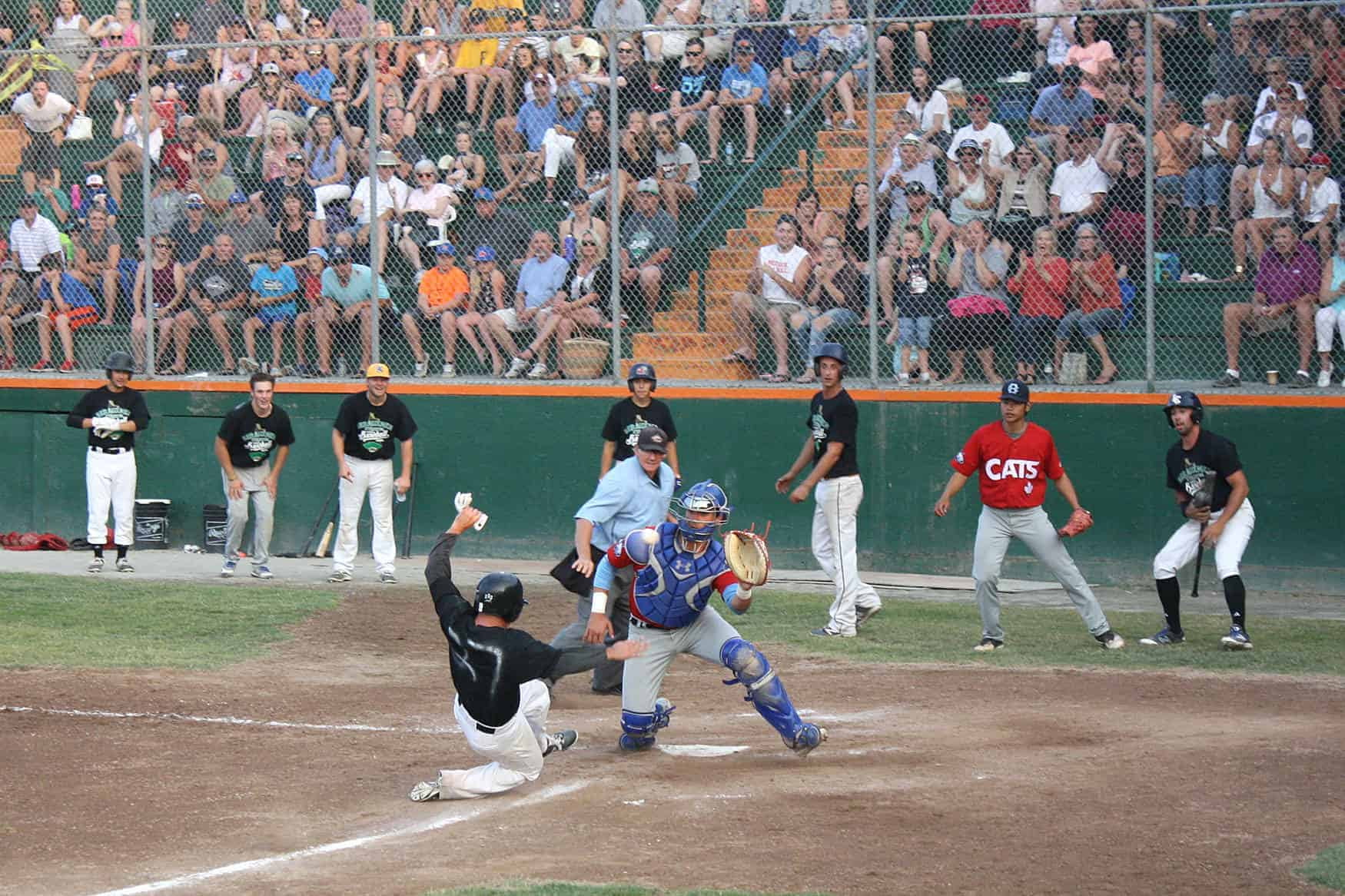 A 2018 exhibition game between the HarbourCats and a Nanaimo All-Star team drew a packed crowd to Serauxmen Stadium (Photo: GREG SAKAKI/The News Bulletin)

“There is room for plenty of fans at both spots, but we expect tickets to start selling fast with this announcement,” said Christian Stewart, Assistant GM, Ticketing and Media for the HarbourCats. “We also looked at the opportunity of playing a game in Port Alberni, which would be a first, and maybe that can happen in a future year.”

In addition to the two up-island games, the HarbourCats are taking coaches and players to Duncan, Chemainus and Lake Cowichan on June 11, the second consecutive year, for a Baseball BC-led ambassador excursion that was very popular in 2018.