The Canadian Elite Basketball League (CEBL) revealed Thursday the results of the 2020 CEBL U SPORTS Draft. The seven CEBL franchises drafted 21 student-athletes over three rounds of selections from 10 different universities nationally. This is a coveted opportunity for top players in U SPORTS to get their first taste of professional basketball.

Among those chosen were a pair of standouts from the Saskatchewan Huskies. Both Chan De Ciman (Rd. 1 Pick 7) and Alexander Dewar (Rd. 3 Pick 7) were selected by the 2019 CEBL champion Saskatchewan Rattlers.

De Ciman was with the Rattlers last season before an injury forced him to miss the remainder of the CEBL schedule as well as the entirety of the 2019-20 Huskie campaign.

An engineering major, De Ciman joined the Huskies as a highly-touted prospect out of Dr. Martin LeBoldus High School in Regina. A former Mr. Basketball Saskatchewan and member of the U SPORTS All-Rookie Team in 2015-16, De Ciman has 556 points, 212 rebounds and 128 assists through three season of action with the Huskies.

U of S Huskies MBB @saskhuskies

Congratulations to Chan De Ciman on being selected in the first round by the 2019 Champion @SASK_Rattlers in the @CEBLeague Draft.#HuskiePride 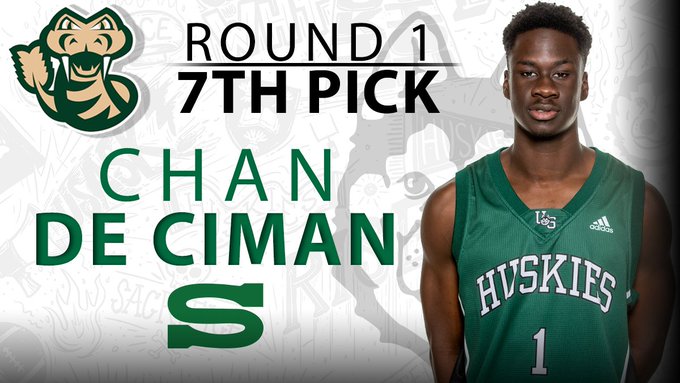 Also selected was 2018-19 Canada West All-Rookie Team member Alexander Dewar. The product of Saskatoon’s Marion Graham Collegiate is through two season with the Huskies, during which he has been a vital part of a team that has made it to the conference quarter-finals in both years.

Dewar finished second on the team with 17.6 points per game while starting all 20 regular season games in 2019-20 for the Huskies. 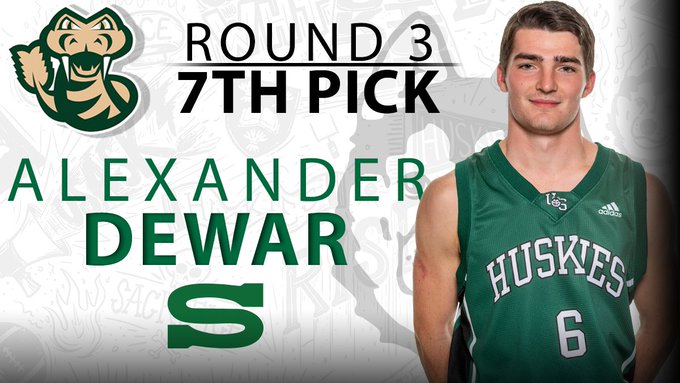 CEBL clubs have a choice of enrolling one U SPORTS player on their 10-men active roster in one of two categories – a U SPORTS Developmental player returning with eligibility or a U SPORTS current year graduate not returning to his university program. Six current year graduates were chosen in the draft, and the remaining 15 draftees were classified as a developmental player returning with eligibility.

The complete 2020 CEBL U SPORTS Draft results are below.