Lower Mainland hockey fans will have the chance to see the stars of tomorrow hit the ice this January at Langley Events Centre.

This marks the 27th showcase and the third time the event will be held in the Lower Mainland with previous games being held in 2005 and 2016. “The Vancouver Giants are very excited to host one of our nation’s premier hockey events and showcase
the elite prospects of junior hockey in our state-of-the-art facility at Langley Events Centre,” said Dale Saip, the Vancouver Giants’ Senior Vice-President. “We always welcome the opportunity to work with the CHL and we’ve had great success doing so in the
past. This is a chance to welcome the future of hockey both to Langley Events Centre and the Township of Langley is very special and something we are very excited about,” said Tyler Dinwoodie, Associate Director, Production Services & Communications for Langley Events Centre.

“Always an anticipated event on our calendar, the Kubota CHL/NHL Top Prospects Game showcases the stars of tomorrow, while the coming NHL Draft class promises to be a strong showing for our league, headlined by a hometown hero and fan favourite in Connor Bedard of the Regina Pats,” said Dan MacKenzie, President of the Canadian Hockey League.
Bedard, a right-handed centre from North Vancouver, is largely expected to be the first overall pick in the 2023 NHL Draft. He scored 12 goals and 28 points in 15 WHL games as a 15-year-old who was granted exceptional player status in the league in 2021/22 before potting 51 goals and 100 points in 62 games last season.

More information about the 2023 Kubota CHL/NHL Top Prospects Game – including team rosters and coaching staffs – will be announced later while tickets to the public go on sale in mid-October. 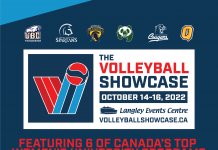 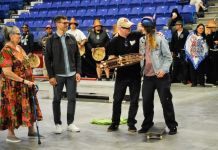 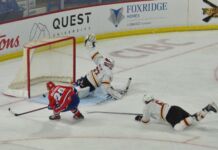 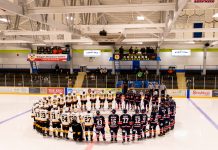